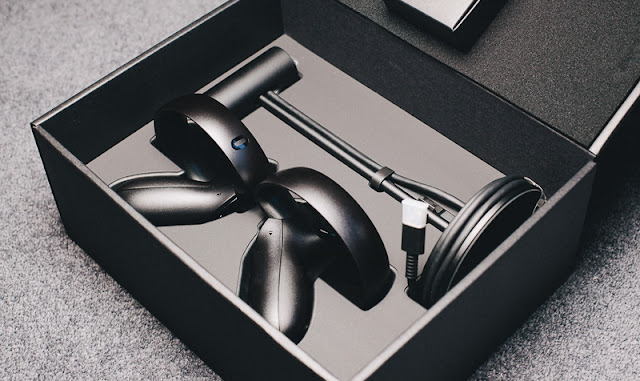 Oculus have very generously sent me Touch kits for use in developing the hand interactions in the Untouched Forest. I'm really stoked to have their support in what is turning out to be a really interesting project. Oculus Touch is not officially available and shipping until December later this year, however pre-orders are available here: https://www3.oculus.com/en-us/rift/

In short, Touch is fantastic. It's capacitive sensing and haptic feedback allow for the detection of hand gestures as well as feedback about objects the player interacts with. It also maps pretty much 1:1 with the controls on HTC's Vive hand controllers so, thanks to the generous support of Valve, almost any SteamVR title is natively supported. I find them very comfortable and intuitive to use and have begun Unity integration and experimentation.

Google's Tiltbrush is an amazing app to use. I'm stunned by the user interaction in the form of wrist-mounted controls and I've begun sculpting crazy light pieces that I dreamed of creating when I was a child:


Massive thanks to Callum Underwood and Andres Hernandez [Cybereality] at Oculus for helping me out and giving me this fantastic set of tools! And thank you to all the engineers and developers there for pushing so hard to get this into the hands of devs all over.

-julian
Posted by Julian Butler at 9:39 PM No comments: