This year as part of the Island Bay Festival, the Ribble Street Races held a Lego Downhill division. Jamie and I could not resist taking part, especially as we felt that the use of my old lego from 1980 had wheels in it that would trounce the competition.

Click here to jump straight to the photo gallery.

I still own most of the parts of this Lego Technic 8860 kit from 1980 - thanks to Mum and Dad for keeping hold of this for me! 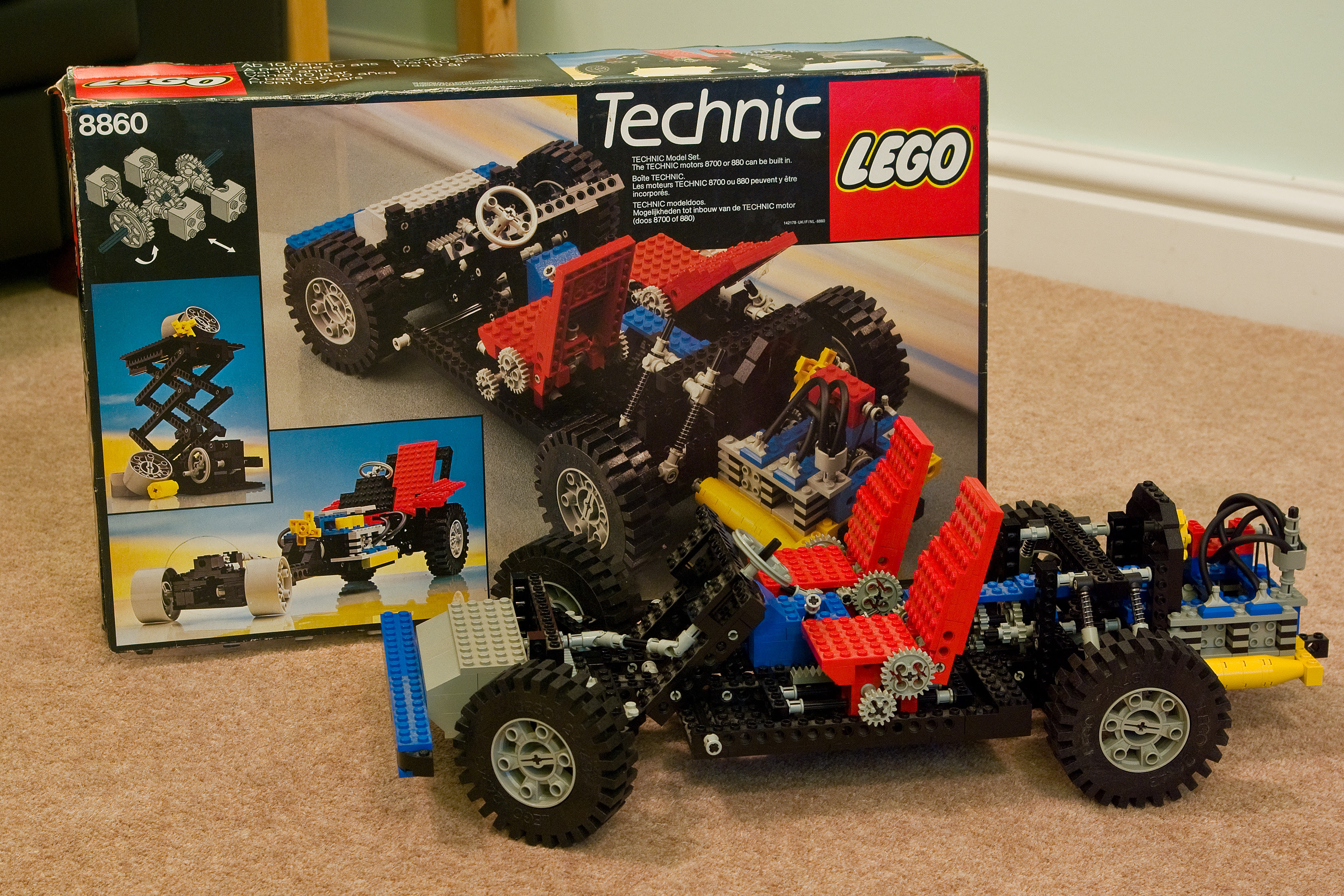 So a week ahead of schedule we got down to work. We drew up a cheat sheet of what we felt were the main issues: terrain and hill gradient, wheel choice, centre of gravity and vehicle weight.

Here's what we came up with, the main concept being a very low centre of gravity, and being fast and mean [so mean in fact that during the test run we rode roughshod over another vehicle monster-truck style - oops! Oh well, mess with the bull, get the horns I always say]. Check out the gallery for more images.

There was a huge variation in designs, with everything from boats [on wheels] and tanks to monster trucks and small nimble things that went fast but deviated off course very quickly. Jamie and I quickly found that our creation took it's sweet time to get up to speed, but then went relatively straight and became somewhat unstoppable.

The main race stipulations being that your entry had to fit within a 40cm cubic dimension. All parts must be actual lego. No adhesives or extra weight to be used or fitted internally. Your vehicle MUST be able to transport at least one Lego mini-figure. Didn't say nuthin' about having THREE mini-figures.

We managed 2nd place in the Open Class! [open cause if you had grown up help you couldn't enter in the younger age-brackets]. For Great Victory!! Here's Jamie on the podium letting the crowd in on a few secrets of our success: 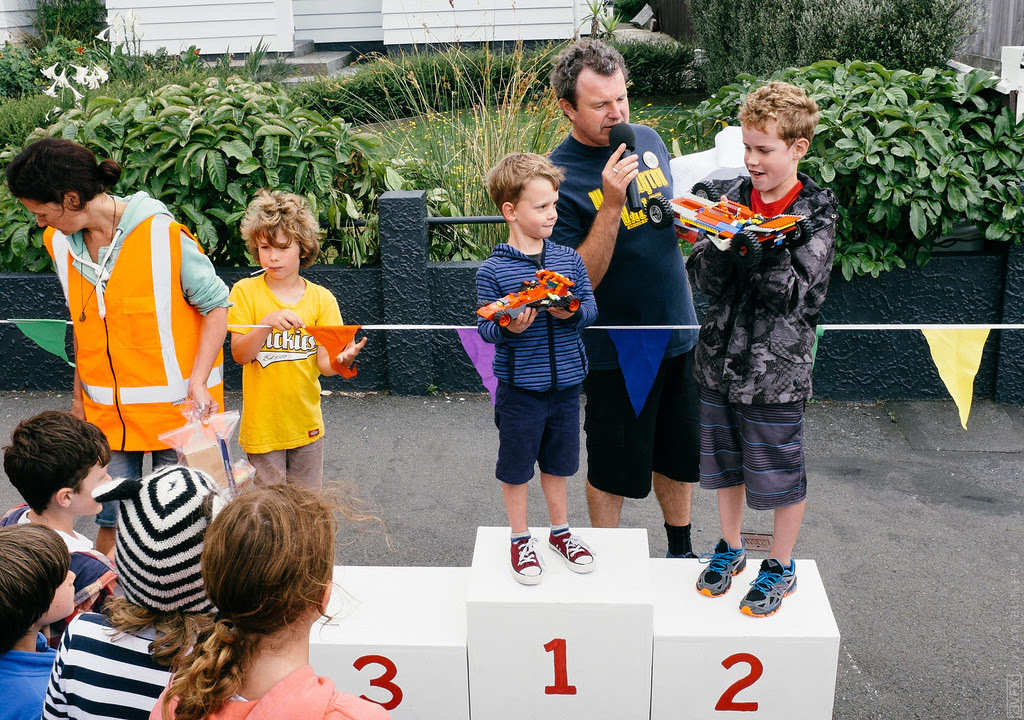 We won video rental, dessert pizza from Hell.co.nz and a nice ceramic mug. Congratulations to all the well-deserved wins in the other divisions, [you can see more of the winners in the gallery] and well done Island Bay for hosting Wellington's very first Lego Downhill Derby.

Next year I think I'll take a more back-seat stance and have our kids build and enter their own vehicles now we know the lay of the land. We've got a heads up on next years design already.


Posted by Julian Butler at 7:33 PM No comments:

A post in which I reveal my keyboard-fetish dreams have finally come true.


A while back in an effort to force myself to learn to touch type at work, I blacked out the keys of my keyboard with duct tape. This worked. However, after two hot summers, the duct tape began to slide off and my co-workers said my keyboard was looking a little ghetto. It's true, my fingers were getting sticky and my typing full of errrrrrorsa nd musssstaaaaakes. Time for a replacement:


Thanks to the fine sales people at The Keyboard Company I am now the proud owner of this masterfully fine thing. And yes, those are metal [zinc to be precise] WASD keys. I've also replaced the 'f' and 'j' with radially etched Line2R green keys from wasdkeyboards.com and replaced the escape key with a red one. I'm sporting Cherry MX Brown switches with silencing rings under the main letter keys and the return key.

It is well nice to type on. I see many customisations in my keyboard-fetish-future.

-j
Posted by Julian Butler at 8:15 PM No comments:

Net-neutrality, AppleTV and just what did Steve Jobs 'crack' then?

We have two main competing ISPs [Telecom and Vodafone] offering set-top boxes that record and time-shift content from a single cable-TV style provider - SkyTV. The hardware they provide represents varying levels of competence and reliability and require extra fees to enable the viewing of hi-def channels, all in the context of constant ad-breaks and promos for other content. But enough moaning, it's clear that business model is coming to an end, however all too slowly.

I'm just about ready to be a cord-cutter. But here in NZ, data access and bandwidth caps produce hesitation in anyone who is not interested in paying additional $$$ in monthly bills to their ISP. Apple and other content providers still don't make legally available anything near the range of TV-series available like there is in Australia due to distribution deals with SkyTV. And I don't fancy having multiple iTunes accounts, VPN access and having to pay a stranger on Ebay a fee to buy a US iTunes voucher for me, scratch off the number and email it to me so I can buy content semi-legally in a timely fashion.

Seriously, when can I give money to the people who make the content and have them make it available when it's ready? It's 2014!! I'm moaning again. Sorry. The Oatmeal sums it up fantastically if you haven't already seen it. 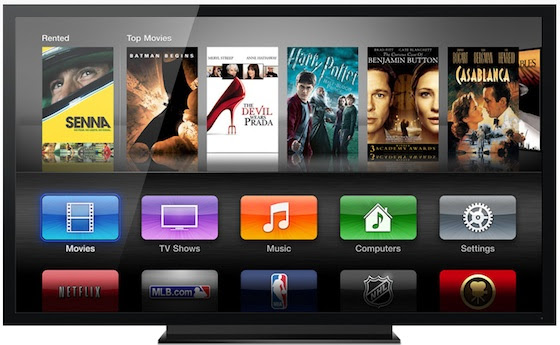 So we began renting movies that are available through iTunes instead of physical media [DVDs, Bluray discs] through our local movie rental shop. At first, the iTunes delivery is stable and great. We have a 40mb cable modem connection which is more than enough to stream a 720p movie [even with a 15min wait at the start]. But about a year ago, quality of service from iTunes began to drop, with movies we rented pausing 2/3rds through and demanding we wait 20 mins for buffering. Why? Don't we have a fast enough internet connection for this?


From Wikipedia: Net neutrality (also network neutrality or Internet neutrality) is the principle that Internet service providers and governments should treat all data on the Internet equally, not discriminating or charging differentially by user, content, site, platform, application, type of attached equipment, and modes of communication.

As the internet is increasingly invaded commercially, we've all long suspected ISPs of being vulnerable to 'shaping' traffic volumes where they perhaps shouldn't. Recently this is a hotly debated topic in the US and the forces for and against net-neutrality are slugging it out, with consumers wearing any fallout.

On January 14, 2014, the DC Circuit Court determined that the FCC has no authority to enforce Network Neutrality rules, as service providers are not identified as "common carriers".

I don't know how this is going to play out, but I'm on the side of legislation that protects the internet from too much commercial influence and perpetuates the abilities of anyone to use it fairly as a communication medium, from freedom-fighters to Facebook, Twitter to TradeMe and back. You wouldn't want to have to pay your ISP for top-tier access to your favourite sites on top of monthly access and bandwidth caps would you? Me neither. We've all had enough of 'over-the-top' services from cell providers huh. Dumb-pipes await.

A few days ago, BoingBoing covered the discovery by an independent blogger that Verizon in the US are aggressively throttling Netflix traffic. This blogger, Dave Raphael manages to capture the discussion with a Verizon tech representative where it's admitted that this is in fact what is going on: 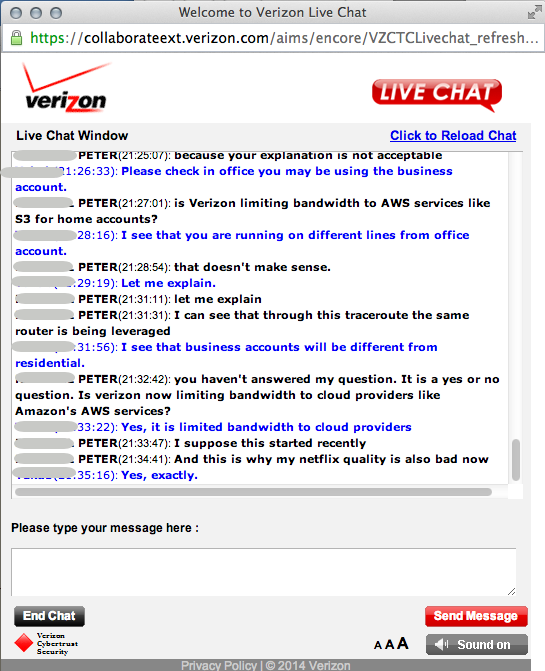 So what's this got to do with AppleTV then?

Well back when I bought AppleTV [2nd gen], I was high on the hope Steve Jobs was about to unveil an app store for it and we'd be able to do some of the things we do on the phone/iPad on the TV. That never came to pass, but Steve did, and all we were left with was the notion he'd 'cracked' it and we'd soon be blessed by something much better. And it's been just that, a notion.

Slowly Apple have been adding channels to AppleTV over the last two years. My impression was that this was the thin end of the wedge and that Apple were collecting content makers together one by one to quietly begin to be able much more varied and higher quality offerings than our traditional providers. Yet nothing has really materialised in terms of hardware despite rumours about large screens, 4k displays, bezel-free designs, magical remote control rings etc. Other rumours suggest Apple are hard at work tying up agreements and making deals behind closed doors, getting ready to do to TV what iTunes did to music sales.

Then this report surfaces on MacRumours detailing Apple's progress on building their own content delivery network:

"Apple built its retail store chain because Steve Jobs wanted to own Apple's interactions with its customers. With iTunes and iCloud, Apple controls the data and the service, but must outsource the less visible but still incredibly important job of reliably delivering data packets to users. With hundreds of millions of users downloading apps, music, TV shows and movies -- with many of those being streamed in real-time to the Apple TV -- ensuring quality of service for all users will be essential. "

And now I understand. Apple have already made the assumption that net-neutrality is going down the drain and are positioning themselves to be able to guarantee quality of service to their customers with their own content delivery system. And as Apple are a company that prefer to have all their ducks in a row before rolling out a new product [well not always], I don't believe we'll see any large announcements about AppleTV or channels before these infrastructure updates are complete.

Given the timeline for the data-centre completions and the focus on a watch-style product right now and new iPhone6 rumours, I don't see TV announcements on the horizon for another year at least. Maybe I'm wrong, but, I don't think so. Looking forward to ditching the cable box though.

Update: It's 2015 and nothing has changed regarding Apple's approach to TV. It's effectively still a hobby for them. The iPhone6 is here, the watch is about to hit and no TV in sight.